Trenton Cats RescueSaturday, January 28th, 2023 at 2:06pm
We can’t figure out why sweet and spicy Carol hasn’t been snapped up yet. She was at an event today and watched lots of kitties get adopted,but not her. This little mama was surviving outside with six kittens and fortunately got herself and her babies to safety! All those little ones are now in loving homes but mama is waiting for her forever family at Petsmart, Nassau Park. Carol is only about 1.5-2 years old, she’s very sweet and playful but cautious around new people and who can blame her…she was living on high alert for quite awhile while taking care of her little family. She’s absolutely adorable and truly deserves the most wonderful family! Carol would probably be happiest as an only pet so all the attention can come her way! She'll make a fantastic companion cat as she really likes to be close to people, especially once she's comfortable. She is just learning to play with toys,probably because she never had any before. Hopefully whoever adopts her will buy her lots of them for the rest of her life. She hopes the adoption event today at Petsmart Nassau Park from 12 to 3 is her lucky day !!!

Trenton Cats RescueSaturday, January 28th, 2023 at 3:36am
Kitten season is coming and we are going to need to need lots of fosters. If you might be interested in helping the kitties, please go to www.trentoncats.org and submit a volunteer application indicating you want to foster. Your future foster kitties say thank you !!!!

Trenton Cats RescueFriday, January 27th, 2023 at 10:25pm
Super sweet, people LOVING 11/12 year old Kallen, was surrendered to us in March 2022 when his owner’s circumstances changed and she lost her home.
His former owner, (who has a very big heart), had taken him from his original owners when they couldn’t keep him. His owner tried very hard to rehome him and two kitties adopted from TCR, when the home loss was impending, unbeknownst to us until later on (a friend ended up taking the two TCR kitties ), but she couldn’t get Kallen a new home. He was in a less than great temporary situation, so we took him.
This gentleman LOVE LOVE LOVES people. All he wants to do is sit on his person’s lap, snuggle up under your chin, or put his two paws on your shoulders and hug you. He would do that all day long if someone had time to let him do it, he’s the ultimate lap kitty. While he tolerates other cats, being an only kitty would be best for Kallen. He loves every single human he meets (although living with little kids full time would be too much for him). With Kallen around, you will never feel alone or unloved, because he will let you know every day how much he adores you (he talks a lot too!).
Kallen would like to live with adult people (or one adult) who would have some time to spend letting him love you.

Trenton Cats RescueFriday, January 27th, 2023 at 1:22pm
We’re hoping we can get happy endings and close the book for the remaining kittens from two kitty families we got back in June. We had two momma cats (who we think are sisters) each with four kittens (born in early May) come in to the Trenton shelter. The moms were adopted and six of the eight kittens were adopted . We have one kitten from each of the families still waiting for their home (who have been hanging out together for their whole lives) . They want to know why they haven’t been adopted yet, because they are awesome cats. They do well with other cats, dogs and small kids. They love their foster family and their foster family loves them, but they want to belong to someone. They don’t have to be adopted together , although that would be great ! These eight month old kittens hope someone wants them soon.
Quattro is a black beauty. She loves other kitties and will play with anyone who plays with her. She loves sitting in the window and watching the outside world . Smart and vocal, she is a big fan of chin scratches.
Septette is a polydactyl tabby (as were all of the other tabbies in the two families). She is a very independent thinker. While she enjoys the company of her other kitties, she is fine chilling out alone. Curiously cautious in most situations, she will be quick to be your friend, if a tasty treat is offered. Septette would probably do better with older children. 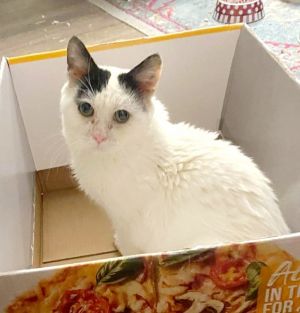 Eight year old Sweetwater South was left in a house for months after his owner passed away with three other... View full description » 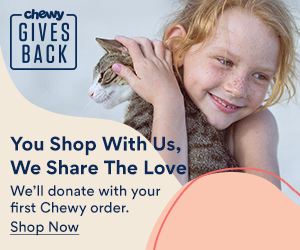